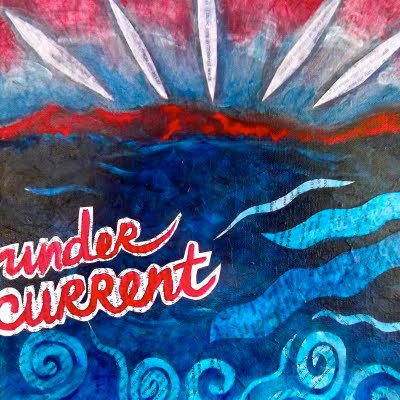 My first audio book of poetry, recorded with Hawaiian poet Brandy Nalani McDougall, was published in 2011 by Hawaii Dub Machine. This audio book features 29 tracks and can be previewed and downloaded from iTunes and Amazon.

Read a review of the album by L.J. Moore in Liseen.

Through their work, McDougall and Perez address issues of colonialism, militarism, and tourism in their home islands. Hawai’i was illegally annexed by the U.S. in 1898, and later became the 50th state. Guam was ceded to the U.S. after the Spanish-American War of 1898 and remains an unincorporated territory to this day. The U.S. military occupies and degrades massive amounts of land on Hawai’i and Guahan, and global tourism holds their economies hostage. Despite this traumatic history, both poets also fiercely celebrate their native cultures, stories, and languages—mapping their genealogies and honoring their ancestors. For them, poetry is the undercurrent of a shared struggle for a decolonized Pacific. 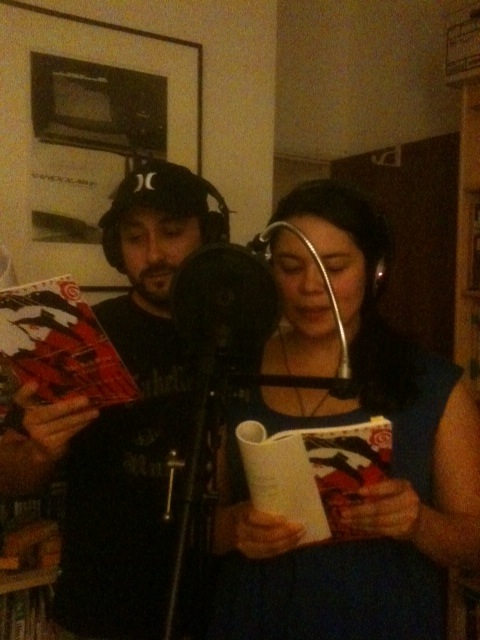 Undercurrent is the fourth album of amplified poetry by producers Richard Hamasaki and H. Doug Matsuoka. Amplified poetry is a form born from the dub poetry exemplified by Lee Scratch Perry, Adrian Sherwood, Asian Dub Foundation, Linton Kwesi Johnson, the late Gil Scott-Heron, and so many others.  Amplified poetry takes a step beyond by treating the voice and text as worthy objects of sound engineering.  redflea’s unapologetically esoteric virtual fleality (1996) is an exemplar of this form.  Joe Balaz’s Electric Laulau (1998) and Teresia Teaiwa’s and Sia Figiel’s Terenesia (2000) dispensed entirely with instrumental obbligato on some tracks.

Undercurrent emerges as the essence of amplified poetry, now a form where the voice/text is the sole object of attention.  Here amplified poetry arranges sound and voice the way concrete poetry arranges ink and image to reveal deeper layers of meaning in a poem’s words.  Although some tracks may call to mind the polyphony of western musical counterpoint, the tracks are very much open works, each an opening or aperture to new vistas and possibilities.

Born and raised on Maui, Brandy Nalani McDougall, is of Kanaka Maoli (Hawai‘i, Maui, O‘ahu and Kaua‘i lineages), Chinese and Scottish descent. She is the author of a poetry collection, The Salt-Wind, Ka Makani Pa‘akai (2008) and a chapbook, “Return to the Kula House,” featured in Effigies: An Anthology of New Indigenous Writing, edited by Allison Hedge Coke (2009). She is a co-founder of Ala Press and Kahuaomanoa Press. She is an Assistant Professor of Indigenous Studies in the American Studies Department at the University of Hawai‘i at Manoa.

Richard Hamasaki has collaborated with poets, musicians, artists, writers, and teachers from Hawaii and across the Pacific, and the U.S. continent on amplified poetry and spoken word recordings and books. He continues to produce literary events and performances in Hawai‘i. In 2009, he co-edited with Mei-Li Siy, Westlake, Poems by Wayne Kaumualii Westlake (1947–1984) published by the University of Hawaii Press. In 2001, the University of Hawai‘i Press published his collection of poetry, From the Spider Bone Diaries: Poems and Songs. The first edition, was published in 2000 by Kalamaku Press.

H. Doug Matsuoka is a musician, writer, and tech based in Honolulu.  He was born in Hilo on the island of Hawai‘i where his grandfather from Japan came to work on the sugar plantation.  Undercurrent is his fifth Hawaii Dub Machine project.  Follow @hdoug on Twitter.