Craig is an indigenous Chamoru (Chamorro) from the Pacific Island of Guåhan (Guam). He is a poet, scholar, editor, publisher, essayist, critic, book reviewer, artist, environmentalist, and political activist. 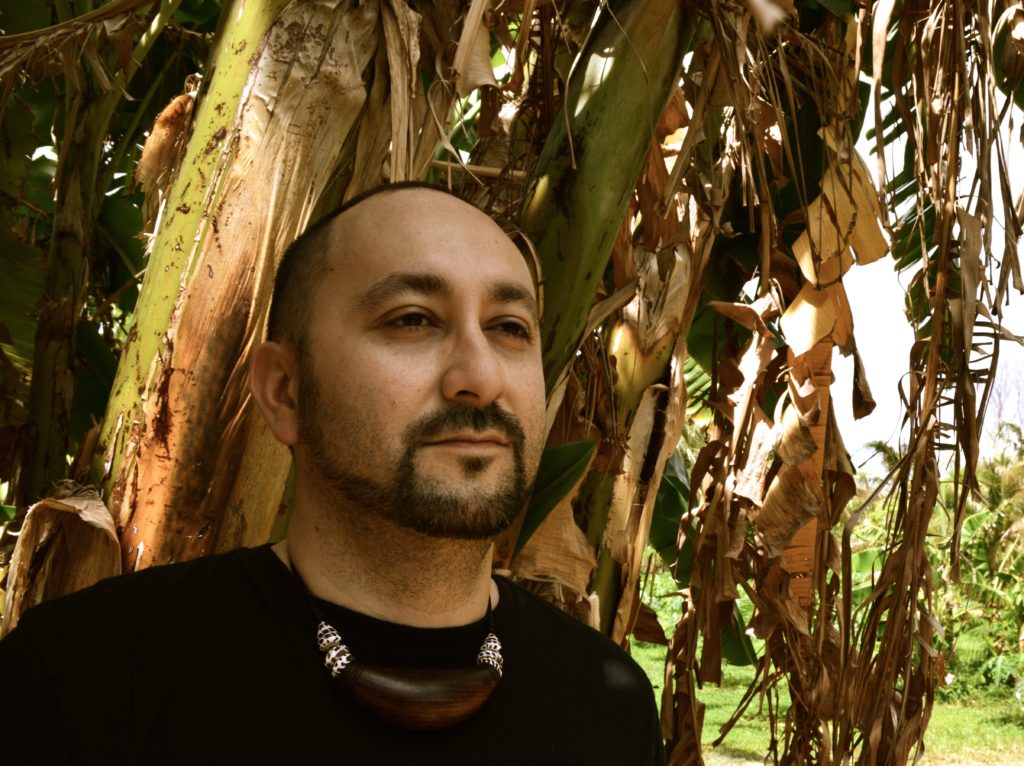 Craig is a Professor in the English Department at the University of Hawaiʻi, Mānoa, where he teaches creative writing, eco-poetry, and Pacific literature. He is affiliate faculty with the Center for Pacific Islands Studies and the Indigenous Politics Program. He served as Chair of the Hawaiian, Asian, and Pacific Islander Board in the Office of General Education (2017-2020), and as the Director of the Creative Program (2014-2016 and 2019-2020).He earned a B.A. from the University of Redlands (2002), an MFA in Creative Writing from the University of San Francisco (2006), and an MA (2009) and Ph.D. (2015) in Comparative Ethnic Studies from the University of California, Berkeley. He was a faculty member for Voices of Our Nations Arts Foundation (VONA, 2018), Kundiman Writers Retreat (2019), and Mokulēʻia Writers Retreat (2019). 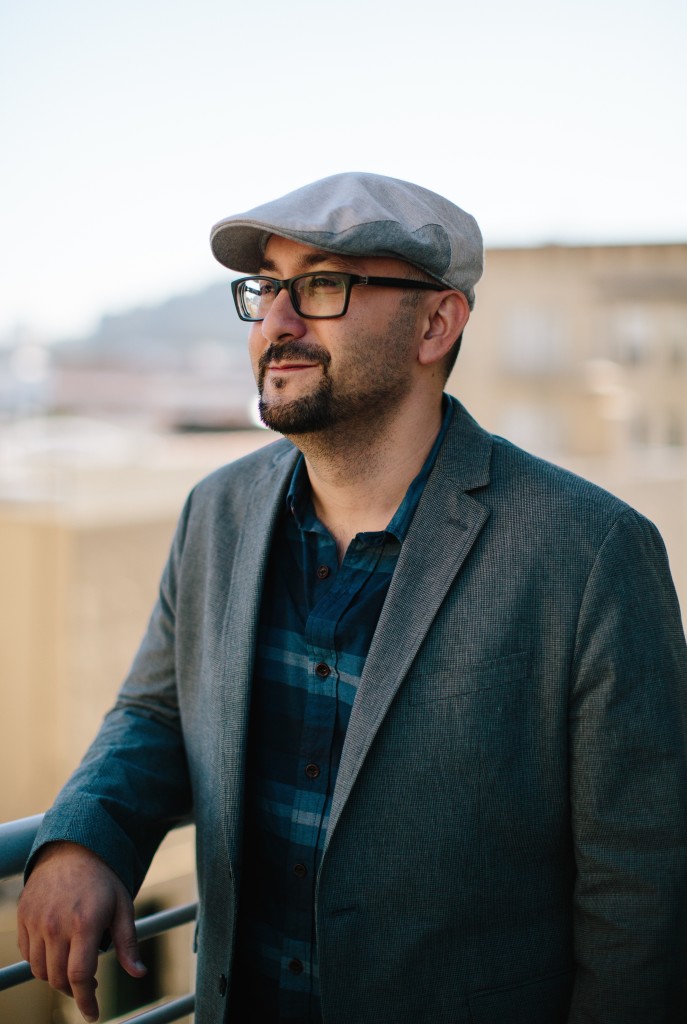 He is the co-founder of Ala Press (the only publisher in the US wholly dedicated to Pacific literature) and the co-editor of five anthologies of Pacific and eco-literature: Chamoru Childhood (2008), Home(is)lands: New Art and Writing from Guahan and Hawaiʻi (2018), Effigies III: Indigenous Pacific Islander Poetry (2019), Indigenous Literatures from Micronesia (2019), and Geopoetics in Practice (2020).

He has performed his poetry and delivered lectures in Guam, New Zealand, Australia, French Polynesia, Taiwan, Hong Kong, Singapore, the United States, Canada, Puerto Rico, England, Germany, Liechtenstein, and Russia. He was a featured speaker during the Festival of Pacific Arts (2016), the Indigenous Book Festival (2015), the Singapore Writers Festival (2020), and the Dodge Poetry Festival (2020). He has performed his environmental poetry at The Climate Museum, the 350.org Honolulu Climate March, The International Union for the Conservation of Nature World Conservation Congress, the Hawaiʻi Conservation Alliance conference, the Sydney Environment Institute, the International Conference on Environmental Futures, a Mellon Seminar on Environmental Futures, and the “Imagining Climate Change” project at the Kahn Liberal Arts institute seminar.

The film version of his poem, “Praise Song for Oceania,” created by Hawaiian filmmaker Justyn Ah Chong, was screened at the Guam International Film Festival (2017), the Hawaii International Film Festival (2017), the Native Spirit Film Festival (United Kingdom, 2017), the Transoceanic Visual Exchange (Australia & Barbados, 2017), and the Los Angeles Asian Pacific Film Festival (2018). The film also screened at the Hita I Hanom: We are Water Exhibition of the Guam Humanities Council (2016), the UNESCO Ocean Literacy for All Conference (Italy, 2017), and the Sustaining our Seas conference (Australia, 2017). During the month of April 2018, the film was featured on COMCAST Cinema Asian America and The Hawaiian Airlines on-flight programming. 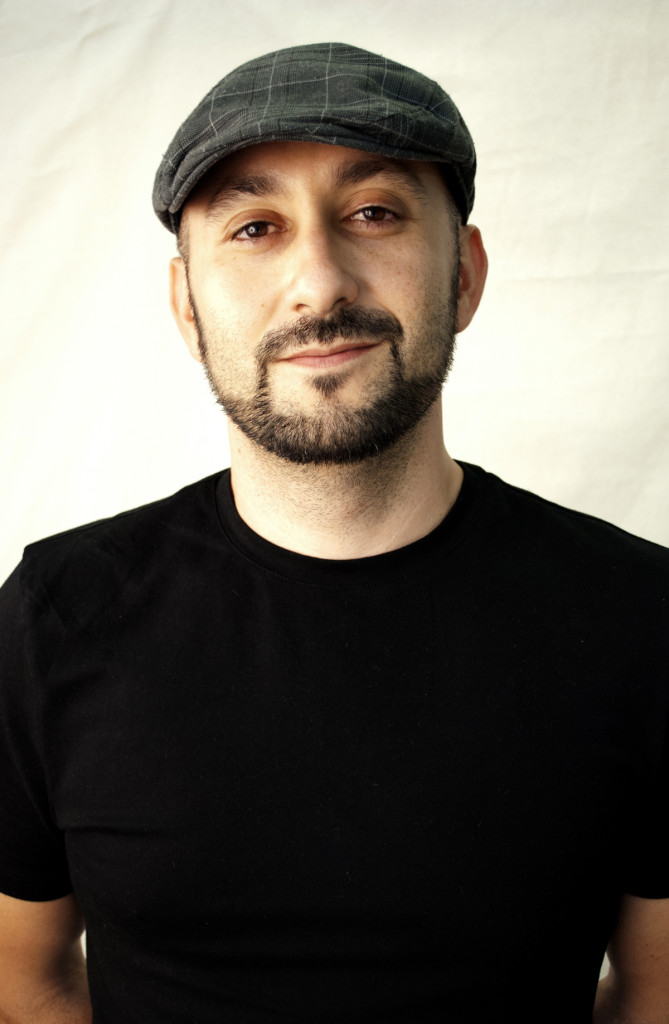 Craig has received the Pen Center USA/Poetry Society of America Literary Prize (2011), the American Book Award (2015), the Lannan Foundation Literary Fellowship (2016), the Hawai’i Literary Arts Council Award for an Established Artist (2017), and a gold medal Nautilus Book Award (2021). He has also been a finalist for the Los Angeles Times Book Prize (2010) and the Kingsley Tufts Award for Poetry (2019), and he was long listed for a PEN America Literary Award (2021).

For his scholarship, he has received a Ford Foundation Fellowship  (2009-2011) and the American Council of Learned Societies Scholars and Society Fellowship (2020-2021). In 2016, he received the University of Hawaiʻi Chancellors’ Citation for Meritorious Teaching.

In 2010, the Guam Legislature passed Resolution No. 315-30, recognizing and commending Craig “as an accomplished poet who has been a phenomenal ambassador for our island, eloquently conveying through his words, the beauty and love that is the Chamorro culture.” 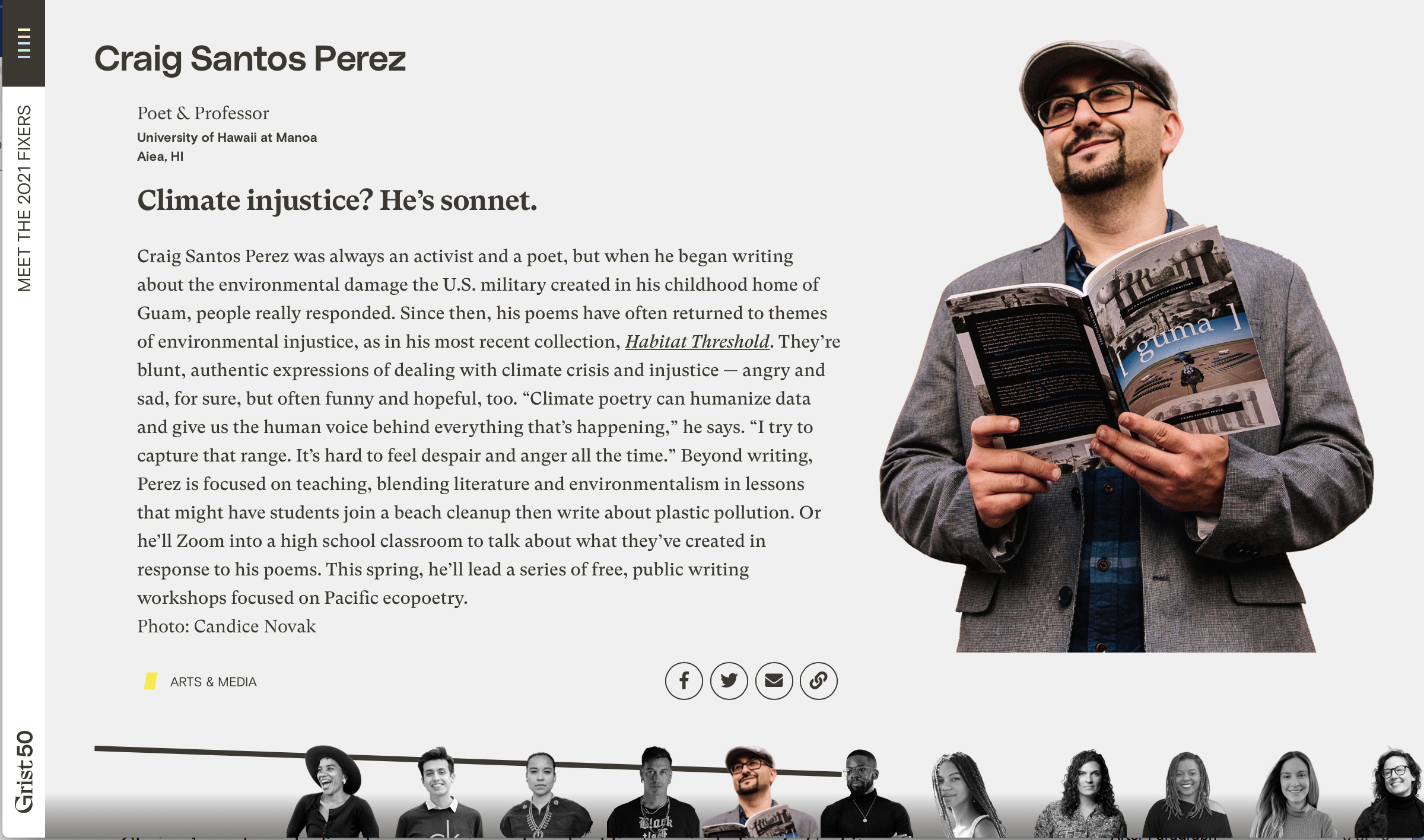